Choosing Grazers For Our Farm: Pros and Cons of 7 different animals 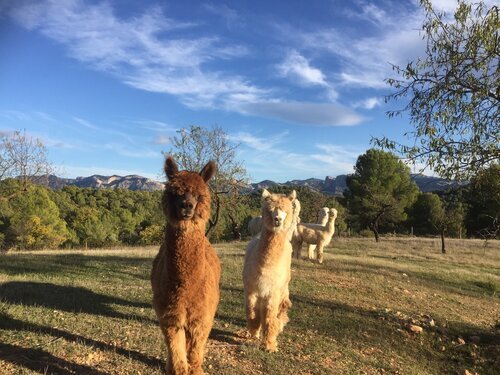 When we moved to our remote property in Aragon, Spain, we realised we bought a BIG finca (piece of farmland) which also meant it would be our responsibility to keep it healthy, safe and pretty.

Why we need Livestock on an Olive & Almond Farm

We don’t want our finca to become a fire hazard in summer, we want to keep our olive and almond trees healthy and producing, and of course, we want to have a beautiful view when we look out the window.

To plough or not to plough

Many of our Spanish neighbours swear by ploughing; they will plough the whole field as soon as there’s a tiny bit of grass or weeds popping up somewhere.

After doing extensive research, we believe ploughing regularly is bad for your land – it will weaken your soil and make it prone to erosion, making it lose its nutrients (exposing the healthy bacteria and micro-organisms in the soil to the air time and time again will just kill them). Without vegetation to protect it and keep it together, all the water falling on the ground will just evaporate again as soon as the sun comes out. Also, the continuous ploughing makes so much dust!

So it’s clear then – we’re not ploughing as we want our finca to be lush and green.

To mow or not to mow

We don’t want it to get overgrown though – that doesn’t look pretty, and tall dry grass is a fire hazard. Plus when we harvest almonds or olives, we need to be able to put the nets down to catch the harvest!

One way to keep the grass and small bushes short is to mow them; this requires the acquisition of a mower, the use of fossil fuel, and a lot of work as it has to be done regularly in growing seasons.

Our preferred way: working with nature instead of against it

To conclude this little introduction, the most efficient way to keep the grass nice and short is to have animals graze it.  In the long run, it’s not even that much more expensive – and a lot more fun (if you like animals, that is).

We’ve been looking for the perfect animal to graze our land for a while now.

For us, it needs to tick several boxes, which means it must have more than one purpose. We looked at several kinds of animals, and all the pros and cons. We have more than two hectares of grazeable land, but the quality of the grass is not great.

All the animals below make very good fertiliser (the pigs just slightly less good). So what other arguments did we have?

Conclusion: cows would be perfect IF we had a (much) larger family, if we were making a business out of it (selling milk/cheese/etc) and/or if we had better quality grass throughout the year.

Conclusion: not as long as we’ve got a bed & breakfast. People actually like the peace and quiet here.

Conclusion: too much hassle for now. 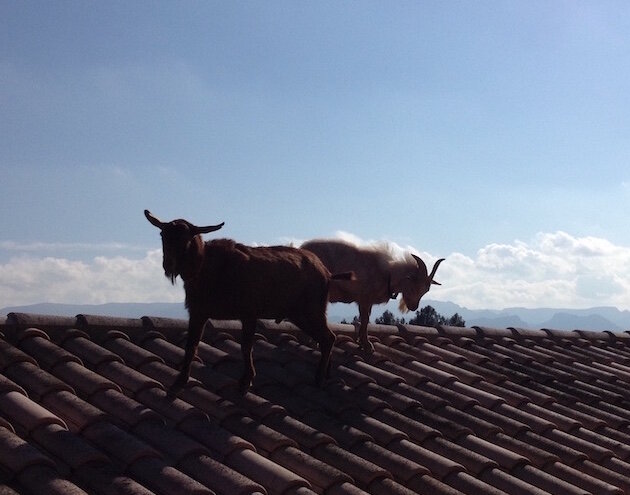 Goats on our roof (photo from my “26 hour goat experience” blog post – the goats belonged to our friends at Little Herd Farm).

Conclusion: a solid runner-up. Probably more worth it if you either have a very safe and fenced enclosure, or you’ve got all the time in the world to herd them.

Kune Kune pigs, as they’re not too big and won’t destroy your garden (they eat grass instead of digging up stuff – most of the time).

Conclusion: what if there was a slightly smaller kind of llama, that spits less…

Conclusion: we went to Cantabria last week to get to know alpacas a bit better. We’re currently working out the details (legal, practical and financial) for getting our first Huacaya alpacas, hopefully in a few months. 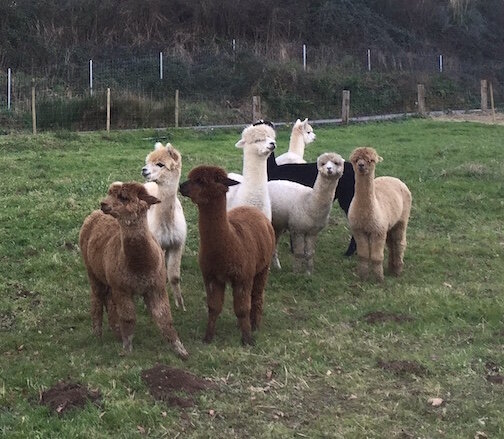 I took this picture last week on our road trip to Alpacas de la Tierruca in Cantabria. More pictures here!

It took us over two years to choose the perfect grazers for our land; we talked about it, looked at them (at markets, at other farms, on the internet) and talked about them some more. At several points, we were on the verge of getting them (in the case of Kune Kune pigs and Ojinegra sheep), and then something happened and we didn’t. Fingers crossed for our alpaca plan!

We might still add more animals later… there’s no rush though.

Do you think we’ve made a good choice, and do you think we should have considered others? What’s the perfect grazer for YOU? 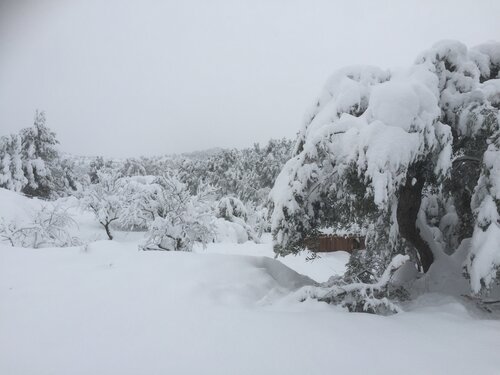 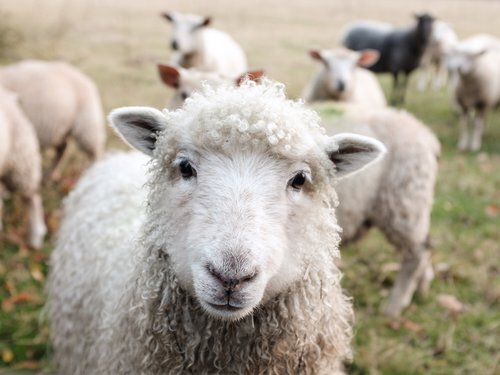 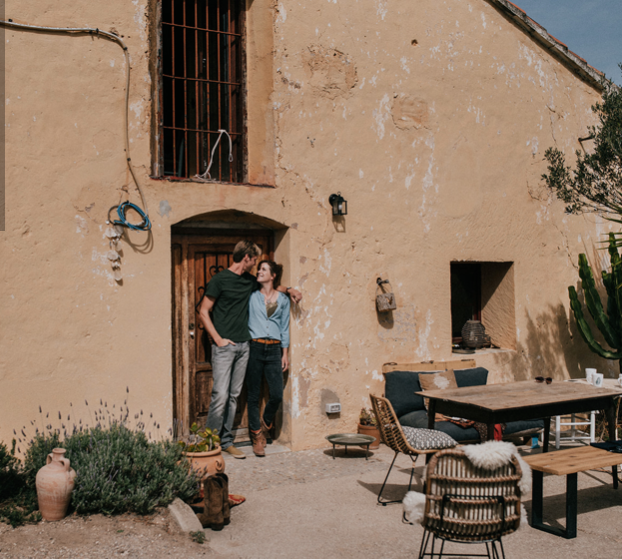