Easter Baskets and Their Hullabaloo

In the United States, Easter Baskets have become a ubiquitous symbol for Easter: brightly colored baskets overflowing with all sorts of candy and chocolate, cuddly stuffed bunnies, floppy green grass. But why?

A Quick Look at a Few Other Easter Traditions

In Spain, for instance, there are no easter egg hunts and giant chocolate bunnies in baskets, but rather attention is paid more to the religious festivities.

Children often receive one chocolate-themed form, like a chocolate soccer ball or a more traditional bunny rabbit — and they come in size anything from a softball to a football.

Unlike the United States, where Easter is traditionally celebrated only on Easter Sunday, in Spain and other Latin American countries, Easter takes up a whole week, known as Semana Santa, or Holy Week.

In the home of the Roman Catholic Church, The Vatican, Holy Week is also an important week for religious worship, but you won’t find an Easter Basket.

Other Easter Traditions Around the Globe

Christian Orthodox traditions, on the other hand, have their deep red hard-boiled eggs, representing the blood of Christ;

Scandanavia’s children dress up as rosy-cheeked witches with scarves on their heads, carrying twigs decorated with feathers and beg for chocolates in the streets — this all has to do with Maundy Thursday.

So the question is: why on earth the ubiquitous American Easter tradition of a basket filled with fake colored grass, a cuddly stuffed bunny, multi-colored dyed hard-boiled eggs, jelly beans, marshmallow chicks, a plethora of different varieties of chocolates: coins, bunnies, ducks, eggs?

From Eostre to Easter Baskets Filled with Goodies

Although Easter today is a Christian holiday that celebrates the belief in the resurrection of Christ, the Easter Basket dates back to ancient cultures.

In the olden days, Easter was known for the spring equinox, the time when both halves of the earth are receiving the sun’s rays equally and the length of day and night are about the same.

People prayed for a bountiful harvest and held feasts in the honor of the Germanic goddess of spring and fertility, known as “Eostre” (possibly the origins of the word “Easter”).

Eostre was often depicted cradling a woven basket filled with eggs to encourage fertility, and hence, the infamous Easter Basket was born. It is also said that people carried baskets filled with seedlings as offerings to Eostre.

Since seedlings and eggs are associated with new life and renewal, the baskets also came to represent new life.

Today, the baskets are filled with colorfully dyed eggs, which continue the tradition of celebrating fertility. Nowadays, of course, Easter baskets are overflowing with not only colorfully dyed hard-boiled eggs, but also a plethora of goodies and surprises to delight any and all children.

Rabbits apparently were also associated with Eostre, but we also know that from Medieval times, the hopping rabbit was a symbol of fertility. According to folklore, on the eve of Easter Sunday, a sneaky rabbit would hide baskets filled with goodies and colored eggs for the children, and this tradition followed European settlers to America.

What Has Become of Eostre’s Basket

There seems to be no end to the variety of candy and chocolates that fill today’s Easter Baskets — milk or dark chocolate eggs of varying sizes, brightly colored jelly beans, sprinkles of candy corn, white and pink marshmallow bunnies, — the list goes on and on.

Some arts-and-crafty parents use natural dyes to color their eggs (be those eggs from their own backyard or farm or not), and this can be a lot of fun — onion skins turn white eggs red or lavender; purple cabbage turns brown eggs green; turmeric turns all eggs yellow. It’s great fun with kids of any age.

Some tips on making a DIY Easter Basket include:

If you have backyard laying chickens, then you’re a step ahead of the rest. You can either blow out those eggs and make a huge omelette or hard boil them for a fun-filled egg coloring day with your kids.

Share some of your Easter traditions in the comments below! 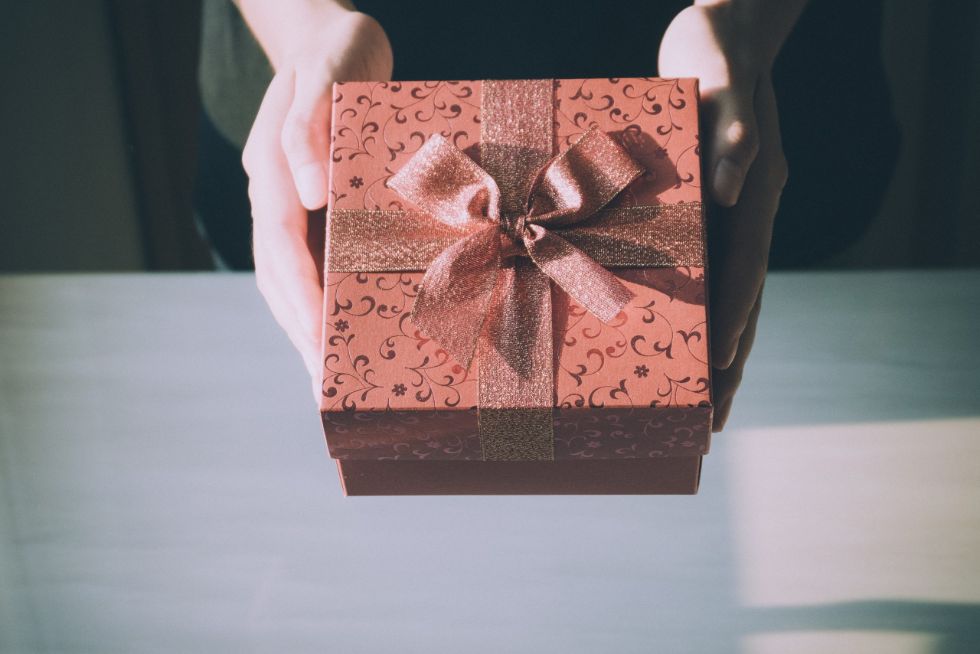 Looking for a great and original gift for someone who lives an off-grid lifestyle? Here are a couple of great suggestions!