What is Homesteading, and How does it Relate to Permaculture or Farming? 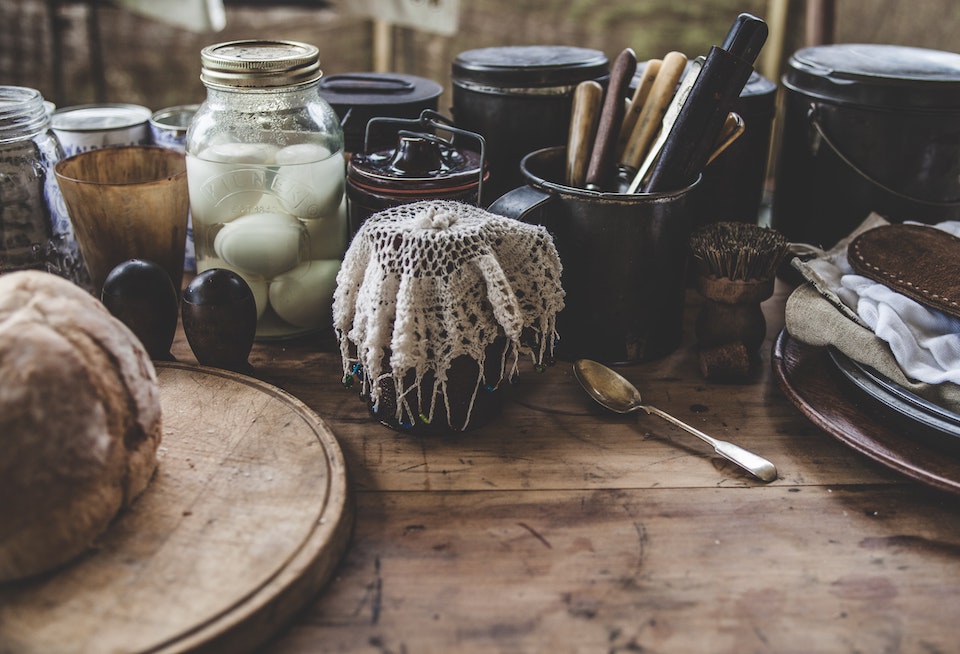 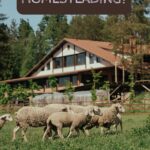 We often talk about homesteading (on this website as well as in daily life), but not everyone might know what it means, and how it relates to pioneer living or self-sufficiency.

Are you a homesteader? Am I?

Let’s look a bit deeper into what exactly the term “homesteading” means.

The Definition of Homesteading

Merriam-Webster doesn’t have a definition for “homesteading,” but they do define a “homestead” as “the home and adjoining land occupied by a family.” That’s a pretty broad definition for the activity we’re talking about.

Wikipedia defines “homesteading” as “a lifestyle of self-sufficiency… characterized by subsistence agriculture, home preservation of food, and may also involve the small scale production of textiles, clothing, and craftwork for household use or sale.” This is more on track.

A Bit of History: Homesteaders in America

In the mid-1800s, President Abraham Lincoln signed into law The Homestead Act, in order to motivate settlers to migrate to the west of the United States.

A homestead originally referred to a farmhouse and its adjacent outbuildings or small cluster of houses.

The Homestead Act stated that in exchange for a small registration fee and a commitment of five years of living on and working the land before attaining ownership, settlers would then receive 160 acres of public land.

How Homesteading Evolved into Community

Although the Act was primarily aimed at encouraging European and East Coast migrants to move west, the Act also encouraged local settlers in nearby western territories to move further west. Because of their proximity, these neighboring settlers often claimed the best land.

Although initially a solitary pursuit, homesteading evolved into a communal activity, often including both incidental and intentional communities, with heavy reliance on such communities to succeed.

In 1935, President Franklin Roosevelt, in an effort to set in motion a nationwide conservation program, put an unofficial end to The Homestead Act.

Homesteading Since the 1970s

In the 1970s, the idea of “homesteading” continued to gain ground as many families flocked back to the land after having experienced decades of discontent with urban and suburban living.

Homesteaders often feel living off the beaten path is healthier and more rewarding than a more standard lifestyle.

What is Modern-Day Homesteading?

Modern homesteading can include a broad range of different situations, but a common thread seems to be the pursuit of a better life, from families looking to flee the geopolitical confines of modern society’s dependence on centralized energy to families simply wanting to live off the land.

This could encompass living as much self-sufficient as possible and maybe even live off the grid, including

What Is a Permaculture Homestead?

In an effort to live with the land, rather than from the land, a modern-day homesteader might try to adopt a permaculture lifestyle of finding solutions hidden in nature.

Most homesteaders would have their own garden, and of course some land, be it two acres or over 40 acres with a food forest, animals, and a pond.

Throw permaculture into the mix, and you have a relatively self-sufficient homestead that is designed with nature, rather than in spite of her.

What Is a Homestead Farm?

Homesteading is not the same as farming; however, some people create a hybrid lifestyle and adopt the description of “homestead farm”.

A homestead farm has a bigger emphasis on production than a regular homestead: ranging from a small local organic fruit orchard or a herd of milk goats to produce fresh goat’s cheese, to big agricultural farms whose main purpose is to generate income.

The unique value of a homestead farm lies in the fact that the farm is not only family or community-owned, but its number one purpose is to feed and support the family living on its premises.

What’s the Difference Between a Homestead and a Smallholding?

A “smallholding” is the UK version of the (US-originated) word “homestead”.

As there are many similar definitions of either word, you’ll find each article offering a comparison will have a different take on what exactly makes the difference.

The modern-day versions of a homestead and a smallholding are pretty much alike, even if the philosophy behind them might differ.

Are you a homesteader?

I’d love to hear your thoughts on homesteading! Do you call yourself a homesteader? Why (not)?

The page you requested could not be found. Try refining your search, or use the navigation above to locate the post.